Community Forum
Welcome Guest, we hope you have a great time! If you're already a member, you can sign in here. Or if you're a guest, register and join the fun!
Community Forum
Would you like to react to this message? Create an account in a few clicks or log in to continue. 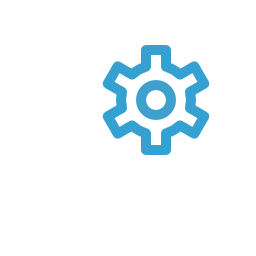 This is going to pretty much explain how to roleplay here and give you the rules. Rules first, how to play second, just so that we don't run screaming into battle holding a Nuke Pistol.

1. The creator of a topic (HQ/Location) is the leader/game controller. If he/she wants, the position can be given to someone else, but the creator is by default leader of the HQ/controller of the game. The leader can assign positions and decide if they want a peace for five pages.

2. NO NUKES! Weapons capable of doing more than destroying a building can only be made at the consent of the leaders of all the HQs, and cannot be deployed on multiple places at once. The defending HQ's leader will decide fairly if a weapon has destroyed more than a building or not. Planet-destroying weapons can only be deployed if the planet/HQ leader allows it.

3. A character cannot be killed unless the character's player decides so. For example, Kaarix cannot kill Zya unless Randomeme, Zya's player, allows Zya to be killed.

4. While you can have multiple characters in different HQs, you can only fight for one side. You cannot be Jedi and Sith; Dalek and Cyberman. No character can be invincible WHATSOEVER. No personal energy shields.

5. Help newbies. Sometimes they don't bother to check the rules and may do something like "*destroys the whole HQ with a Gatling gun*". Just guide them and help them understand how we work.

7. Only three moves per BATTLE POST. This is important. Zya can grab Kaarix, tell him something, run into a ship, activate the engines, and then fly off. That may seem like four moves (talking isn't a move), but since there is no offensive/defensive action taken, it is considered OK. However, Zya can only run in, jet into the air, and shoot Kaarix.

8. Do not read Jammers. Jammers are as follows:

JAMMERS ON! KAARIX ONLY. (I'll let you read since this is an example)

Now only Kaarix can read this. At a simple

Anyone can read. Jammers can be directed to HQs or individuals. Jammers are based around an honor system, so we expect you to play fair. Only read Jammers directed to you or your HQ.

9. No time travel or teleportation to escape a fight. You can still escape as long as you aren't surrounded.

That about sums up the rules! How to play in the next post.

Re: Roleplay Rules and Newbie Help

Post a profile in the HQ you want to join, for example, I.P.O.D.:

Weapons/Gear: Randomnity Matrix, Sonic Screwdriver. (Don't use a matrix, please. This is an example.)

Appearance (usually optional but can help a lot when describing how many appendages the enemy can shoot off): Tentacled crimson blob of random with one eye. Think Kaled but big and disgusting and random.

Abilities/Powers: (Like hacking, driving, or accuracy would be an ability. A power would be something like laser vision.)

Great! Now you have joined an HQ! Your leader will decide what position you have (although you can apply for a certain position, as above). But now comes the fighting.
A good example of a roleplay move would be this:
*Runs into corridor and fires revolver five times at your chest.*
Yes, that was two out of three maximum moves. You will soon discover how creative one can be with three moves.
But what if you're being shot at? There are a number of evasive actions that can be taken, but sometimes you just have to give up the ghost. A fair or advanced roleplay er would assume injuries, but still be able to survive. Here are some ways you could respond to this attack:
*Rolls out of the way and fires back.*

*Jumps away but is hit in the leg.*

*Is hit once, but manages to escape the other bullets. Fires once at you before escaping.*

Or, if you desperately want to be ginger:
*Is hit all five times in the left heart and regenerates.*
Yes, Zya is a Time Lady, and she now is a redheaded Time Lady with an attitude, so watch out.

Sometimes, if you are captured, there is nothing you can do but wait to see what happens. Usually you can contact your friends to come get you out. Sometimes you are just held hostage until I.P.O.D. considers a truce. You never know.

Also, a coordinated attack on an HQ is the best idea. Don't try attacking someone or someplace unless you are confident you can take it on yourself.

Sometimes you will notice a place labeled "RPG," like "Tower of the Daleks RPG!" This means that you are in a game outside the normal RP timeline, meaning you can be here and somewhere else at the same time. In an RPG, the game's creator/leader has total control of the environment, able to control everything except your death. You must use your wit, creativity and skill to pass the challenges and beat the game! You may have to go PvP or beat the game's final NPC. Usually you are given an award, like a weapon, power/ability, or gear upon completion. RPGs are very fun to play, if done right!


That, I think, is all you need to do to roleplay!